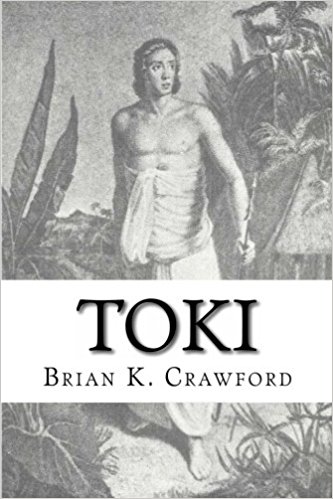 When the British privateer/whaler Port au Prince put into the South Pacific Kingdom of Tonga in December 1806, she needed help. She was leaking badly and her crew was exhausted and hungry. Lured by Captain Cook’s description of Tonga as The Friendly Isles, they anchored off the shore of Lifuka and asked the natives for assistance. Unknown to them, they had arrived in the middle of a civil war. Wanting their cannon for himself, the Tongan king Finau ‘ulukalala attacked the ship, murdering half the crew and distributing the rest throughout the islands as slaves. The voyage had ended in disaster and death.

Alone and terrified he was about to be eaten, he was stripped naked and paraded through the island, beaten and abused by the natives. But when he was brought before the king, Finau ordered him released and cared for. Finau had recently lost a beloved son named Toki ‘ukamea, or iron axe. Young Mariner reminded Finau of his son, and he adopted him into his household, giving him the honored name Toki and assigning one of his wives to his care and education. In a moment he was raised from an enemy slave to a member of the royal household. Intelligent and resourceful, Mariner quickly adapted to his new life. Blessed with a photographic memory and a knack for languages, he learned the language fluently and made friends among the young noble warriors. Over the next four years, he accompanied armies invading other islands, took part in the wars, politics, sports, and social lives of the Tongan nobles, and eventually became the lord of his own plantation. He and Finau’s family formed a deep friendship that spanned the vast differences between their cultures. Coming of age in Tonga, Mariner gained an unparalleled insight into Polynesian culture in the decades before it was irrevocably altered by the Christian missionaries.

When another European ship visited Tonga in 1810, Mariner boarded her. With the king’s blessings and many tears from his friends and adopted family, Mariner was eventually allowed to leave Tonga. He circumnavigated the Earth and returned to London, only to be impressed into the Navy before he could reach his home. Released, he later met a Dr. John Martin, who was attracted to the current fascination with Rousseau’s “noble savage.” When Martin learned that Mariner had spent four years “among the savages,” he invited him to stay at his home and recount his story in detail. Martin published a book detailing his adventures and an in-depth study of the language, customs, and religion of Tonga. The book was immensely popular and came out in numerous editions and reprints. Though little known today except by scholars of Pacific history, it remains the best source for an untarnished, intimate portrait of pre-Christian Polynesian society. For young Tongans trying to get in touch with their roots, it is an invaluable resource.

The author and amateur historian Brian Crawford lived in the Kingdom of Tonga in the 1970’s and heard the tales about William Mariner. He became fascinated with the story and interviewed Tongan historians, scholars, and Tupou Posesi Fonua, the Royal Archivist. After his return to the United States, he spent thirty years researching Mariner’s story at the Hill Collection of Pacific Voyages at the University of California San Diego, the Bishop Museum in Honolulu, Australian National University, and the British, French, Chilean, and Australian maritime archives. He and his wife Linda - whom he met in Tonga - returned there in 1982 to visit the sites of Mariner’s various adventures. He corresponded with Mariner’s living descendants and other researchers around the world.

Without adding any fictional characters or events, Crawford turned Mariner’s story into a narrative adventure, with added emphasis on the Tongan characters, their motivations, and histories. This fascinating novel retells Mariner’s story, bringing to vibrant life a courageous young man coming of age in an alien society. Intelligent, perceptive, and astute, Mariner found the Tongans admirable and intelligent and provided the outside world with its first intimate account of their society, language, religion, and customs. 578 pages, frontispiece, glossary, and bibliography. 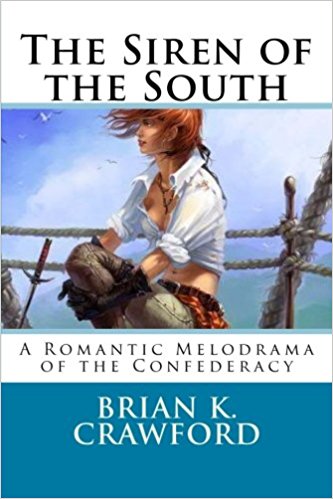 The Siren of the South: A Romantic Melodrama of the Confederacy