Brian K. Crawford is an author, historian, and open-space activist living in Marin County, California, with his wife Linda and his son Nathan.

Born in Ohio in 1947, Crawford attended Ohio State and Antioch College but dropped out and went to Haight-Ashbury for the Summer of Love. After several years and many adventures on the road, he joined a group that bought a schooner in Nova Scotia and Crawford served as Second Officer, sailing it down the East Coast into a hurricane. Later he went to Tonga in the South Pacific, where he met his future wife Linda. He joined an Australian nuclear protest yacht bound to French Polynesia to anchor at ground zero. The mission was aborted, and Crawford helped sail the yacht through Fiji, New Hebrides, New Caledonia, and down the coast of Australia, where he served as navigator in the Sydney-Hobart yacht race.

He returned to the US in 1974, married Linda, and became a computer programmer in San Diego and later in the San Francisco Bay Area, where they had their son Nathan in 1988. He enjoys sailing, hiking, kayaking, geocaching, genealogy, historical research, and early music. He is a volunteer with the San Anselmo Open Space Committee, the Friends of Faudé Park, the Friends of Sorich Park, and is chairman of the Sorich Park Area Residents and the San Anselmo Trails Subcommittee, which recently opened the new trail up Red Hill. He also volunteers as a researcher and archivist at the maps annex of the California Room at the Marin County Free Library. 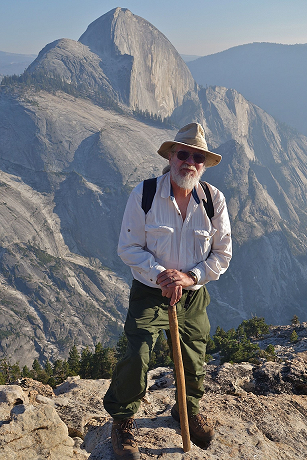